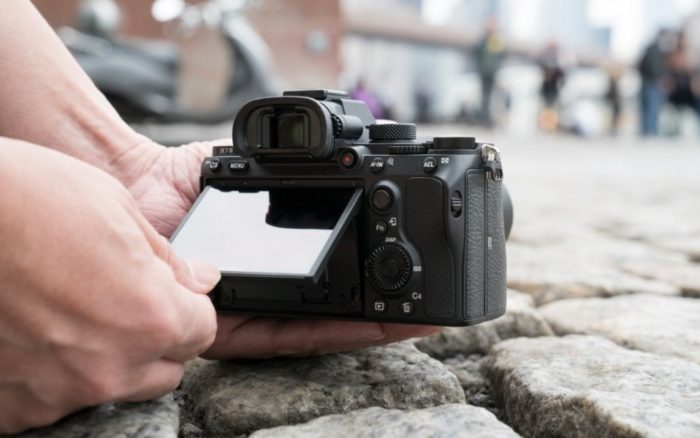 The year 2020 has seen numerous releases in the first quarter itself with a diverse lineup of camera. This is the best time to compare and upgrade your existing device with a suitable and competent alternative. It is pretty evident that the newer gen cameras will perform better in comparison to the older gen, with slightly better autofocus. The object tracking has also improved and can capture better colors and sharpness in the case of moving subjects.

For those who are yearning for an upgrade, we have created the Best DSLR and Mirrorless Cameras for 2020. Do keep in mind this is from a comprehensive yet personal viewpoint and can differ from what you are looking for, in a camera. Following is our complete lineup-

The Nikon D3500 is an entry-level DSLR offering from the makers at Nikon. But do not fall for the budget centric image, as the D3500 is still a very competent shooter at this price point. The camera is a slight upgrade from its predecessor – 3300 and 3400. The major change you will observe is in the weight that is 8-10 percent less than the earlier versions. The button positioning has changed, and all the buttons are inclined towards the right side now. The user interface is minimalistic and cleaner now, and the camera can be held and used single-handed. The camera lacks an external microphone jack that deters video capturing.

Canon EOS 250D is one of the tiniest DSLR cameras available to the consumers in the present market. The dainty build is very easy to fit into hands and can be maneuvered easily. The camera comes with a 24-megapixel sensor coupled with an optical viewfinder. It features a fully articulated screen that is a plus for all the vloggers out there. The battery on the EOS 250D is great that can last up to a thousand shots. The support for a huge variety of lenses makes it a great choice for beginners.

Nikon D850 is a resolution monster because of the 45-megapixel primary sensor. The camera does not try to be lightweight and boasts of robust build quality with quite a bit of heft associated with it. The ergonomics of the camera makes it easy to hold with a full finger grip. The backside-illuminated sensor bolsters its prospects in the night setting with sharp image production. it has an impressive frame rate of seven frames per second, making it easy to capture the moving stills with good autofocus. The autofocus is, however, situated at a tricky position and can be troublesome to reach for professionals with dainty hands. Nevertheless, the Nikon D850 is one of the mammoths out there in terms of DSLR cameras.

Canon EOS 5D Mark IV has faced a lot of flak since its arrival to the retail market. But keeping the criticism aside, it is arguably one of the widely popular DSLR cameras used by the professionals. The camera is lighter than its predecessors and the ergonomics make it easy to hold for the long shooting spree. It features a 3inch touch screen with a larger viewfinder with numerous buttons for accessibility. The full-frame sensor is only 30 megapixel in size but the body is weather-sealed and can be used outdoors in harsh environments. The Canon EOS 5D Mark IV is a professional camera that fares well both in the image and video segment.

Nikon Z6 is a mirrorless budget offering from the makers. The Z6 features a full-frame lens with a 25-megapixel resolution that produces vivid images with sharp edges. Keeping in mind the budget constraints, the camera still manages to provide a full-fledged grip. The button positioning is identical to the Nikon DSLRs. The camera features a Z mount that gives a wider area to allow the light into the lens. The camera has 273 focus points with a 12 FPS continuous shooting mode that captures moving objects with ease. The video capture supports slow-motion at 120 FPS and is a decent budget offering for novice users.

Fujifilm X-T4 is an APS-C crop sensor, mirrorless offering from the company. The stylish and relatively lightweight body gets rid of that throbbing wrist aches. It features a 3-inch Vari-angle flip-out screen that was not available in the earlier model. The 26-megapixel lens resolution is fit for most scenarios. The 425 focus points never miss a detail and the in-body image stabilization makes it great for video capturing. With faster shutter speeds and upgraded battery life makes it an almost perfect capture device in the mirrorless segment.

Sony Alpha A7 III makes our list because of its immense popularity among camera evangelists. The overwhelming 693 autofocus points with an ISO range of up to 51200. The camera is jam-packed with features that ease up the user’s tasks. The 10 FPS burst shooting mode offers great image production in shooting moving objects. The camera is weather-sealed and built with a finesse that can bear the weather’s harshness. All in all, a great camera with good barebones that still manages to be among the top mirrorless shooters.

Panasonic Lumix S1R has a few tricks up its sleeve to tackle up the rivals. It has a big rugged body that borrows the lens mount design from Leica. The ginormous 47.3-megapixel sensor puts most of its competitors to shame. The grip is hard and deep and provides a stern hold while shooting in dicey environments. It uses a 5-axis in-body stabilization system that is practical while using unstabilized lenses. The camera has a good battery that lasts up to 380 shots. The camera possesses the capability to catch up to Sony in the near future.

The DSLR segment is captured by the cameras from Nikon and Canon due to the sheer amount of improvements the brands put in with every new release. The mirrorless segment is experiencing powerful variants that can overshadow the DSLR camera in a few aspects. Sony has managed to pave its way in the mirrorless niche. This is our lineup of the Best DSLR and Mirrorless Cameras for 2020. 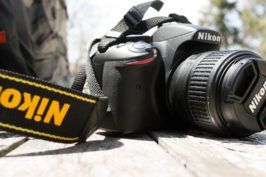 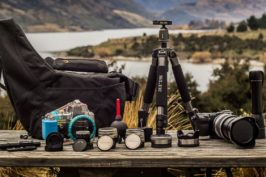 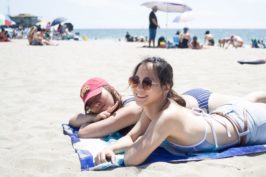