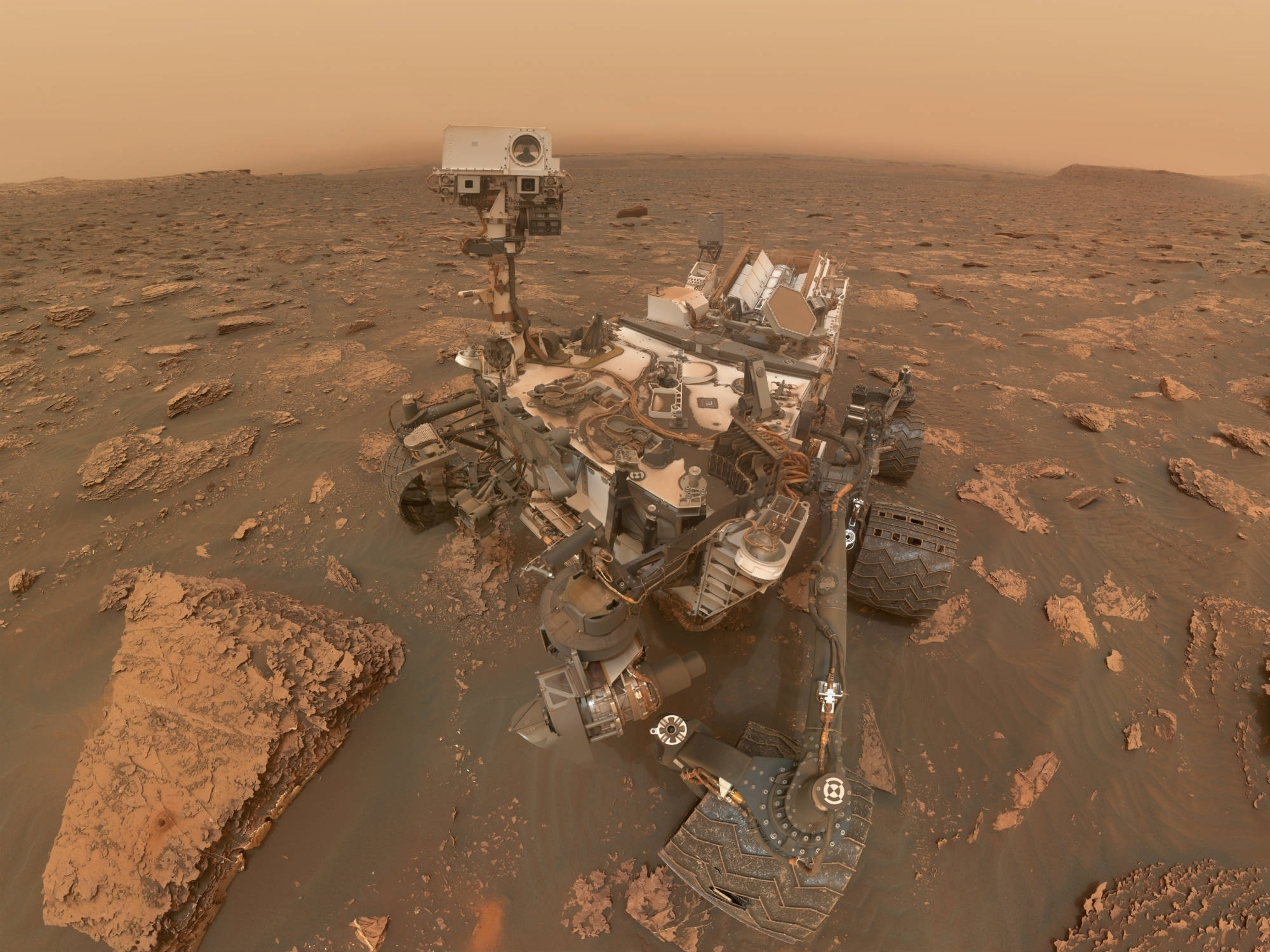 The Mars Curiosity Rover has been meandering around the Red Planet since August 2012.

And even though it was only designed for a mission of less than two years, here we are nearly six years later and the car-sized rover is still going strong.
In fact, NASA has extended the mission life of the Curiosity Rover to “indefinite” because of the incredible track record of performance that it has amassed over the years. 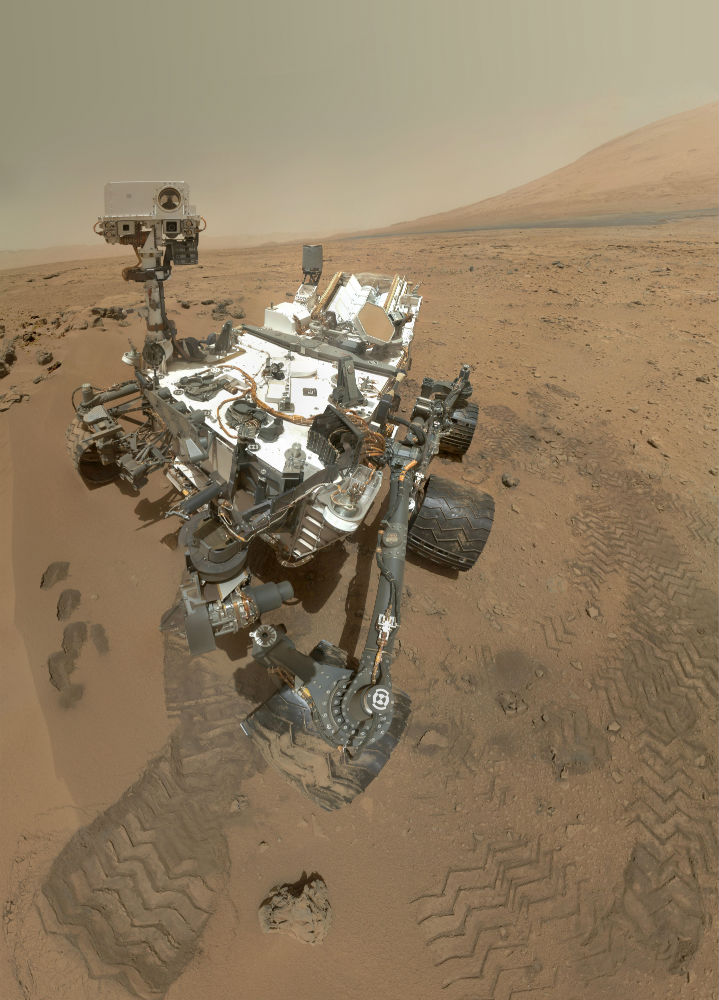 The main purpose of the Curiosity Rover is to conduct scientific experiments on samples that it collects from the Martian surface.

As shown in the Tweet below, it recently discovered organic material on Mars, which is a HUGE deal: 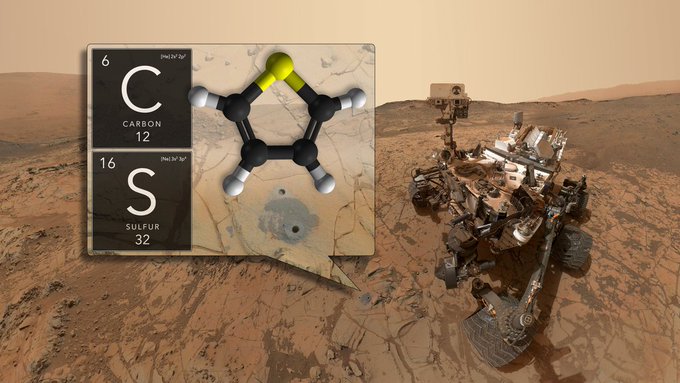 Oh, these are #organics in my neighborhood… Methane swells each summer and ancient carbon-compounds locked in rocks. I haven’t found life on Mars, but signs say…we’re on the right track. https://go.nasa.gov/2HwATPi

However, the Rover also armed with a variety of cameras that allow it to take breathtaking photos of Mars. It also allows Curiosity to take a few selfies now and then. 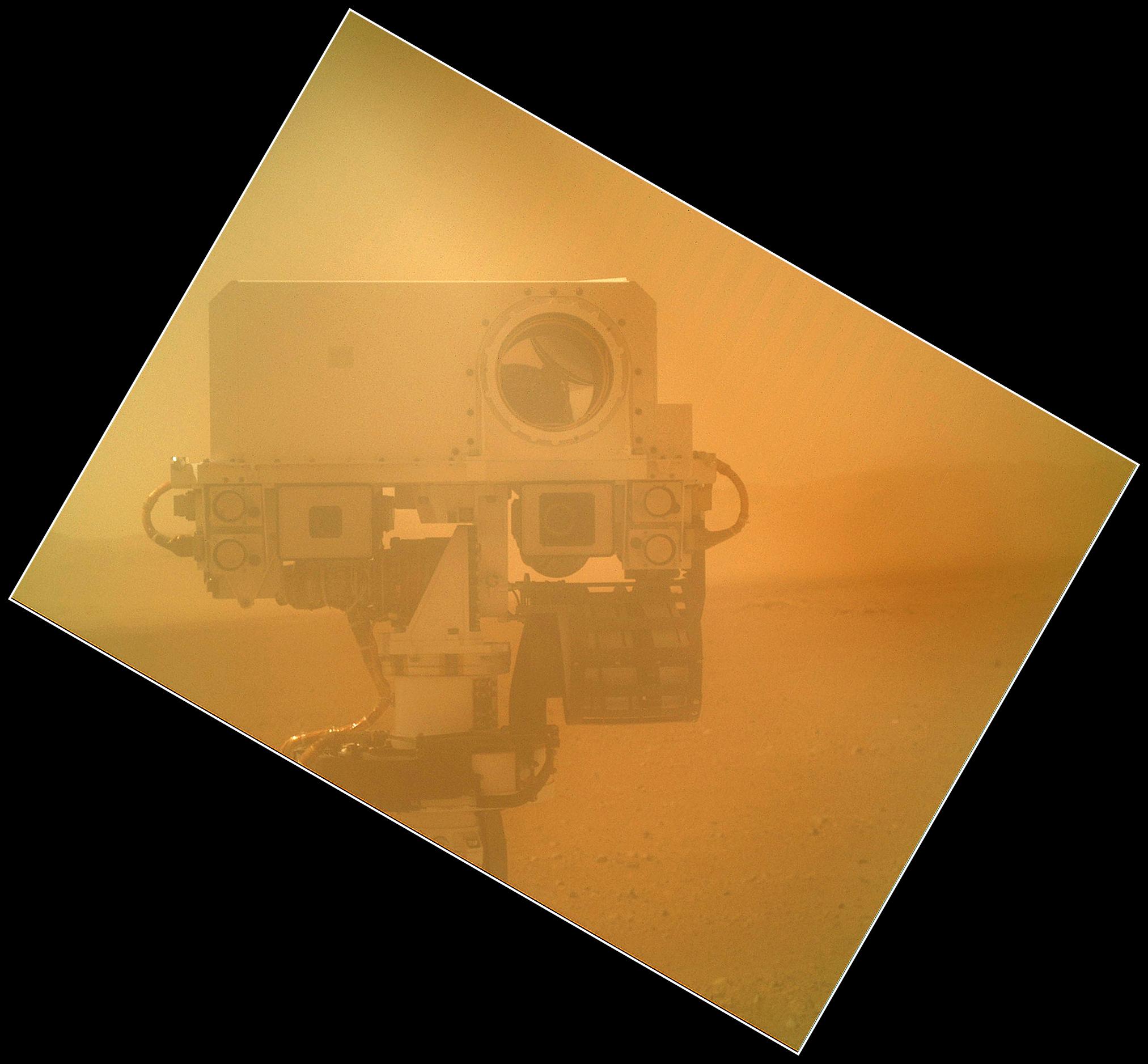 The image above shows Curiosity’s first selfie – and the first selfie from Mars – taken back in September 2012.

This image was taken with the Rover’s MAHLI camera, which is mounted to the end of a nearly 7-foot-long robotic arm. 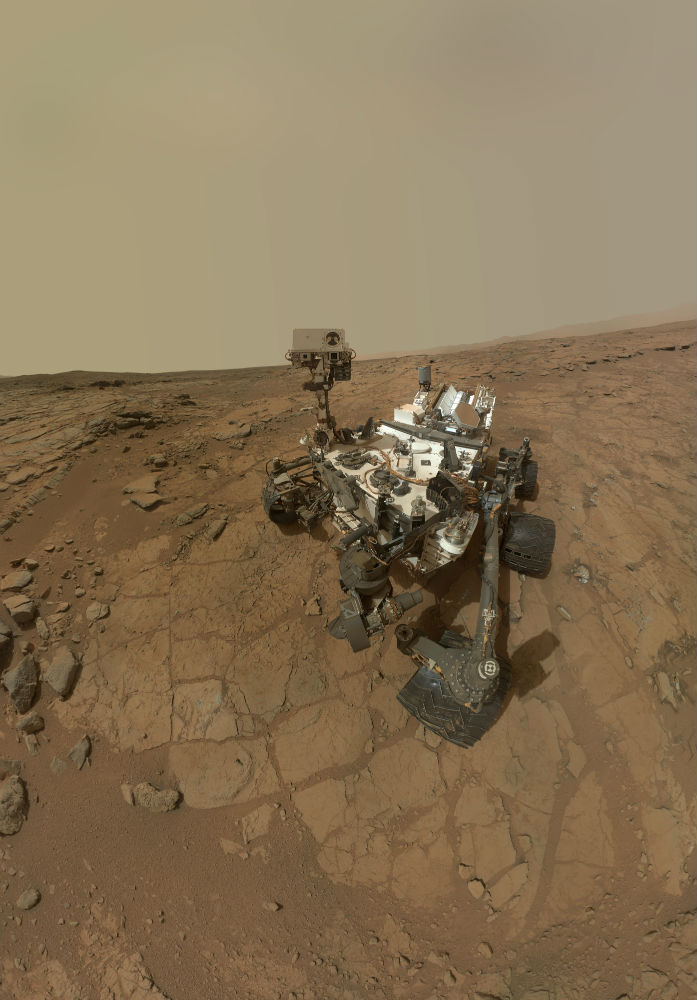 Curiosity is no Millenial with a selfie stick, but it has managed to take a handful of selfies over its time on Mars.

If you inspect the Rover’s selfies from over the years, you can see the changes that Curiosity is undergoing the longer it’s on the Red Planet.

In its most recent selfie (shown above), you can see that it’s increasingly covered in dust (especially after the recent dust storm on Mars that was large enough to cover the United States and Russia), and its wheels are showing signs of wear.

In fact, small holes have developed in its wheels with the metalwork beginning to show in some spots. 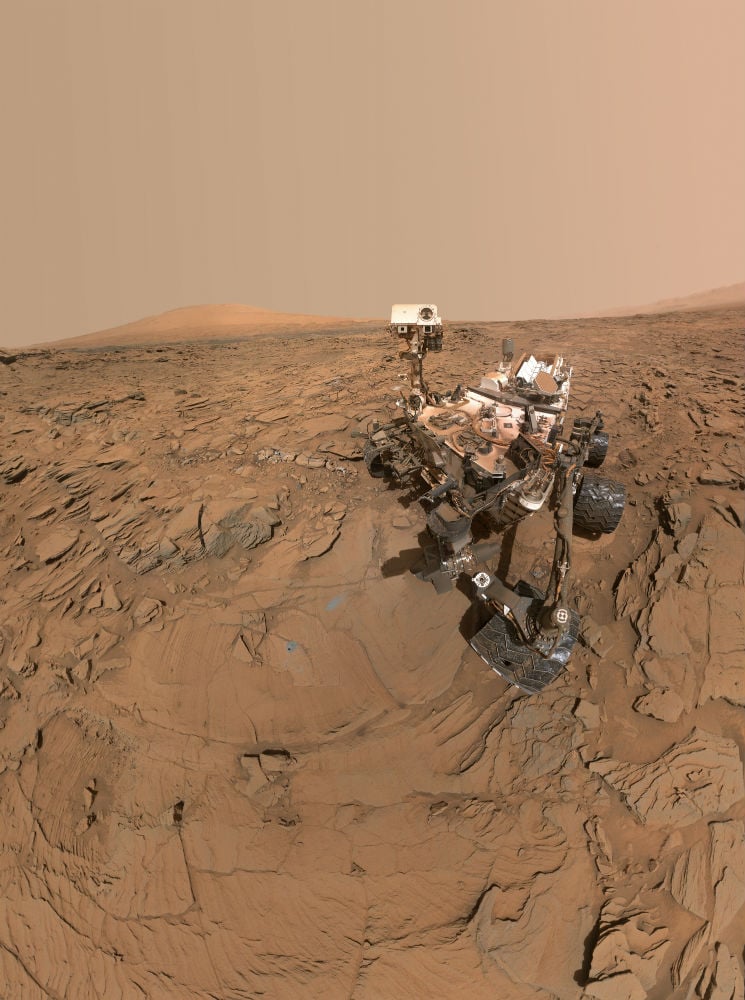 What’s interesting about Curiosity’s selfie-taking process is that due to the MAHLI camera’s limited view, it has to take a number of images from a variety of angles to create a “patchwork” of images that cover the desired area.

Those images – which can number in the dozens – are then stitched together in Photoshop back here on earth by project engineers.

Though the selfies aren’t perfect, they are nonetheless impressive given that they’re taken with a camera on a robot well past its prime from more than 350 million miles away! 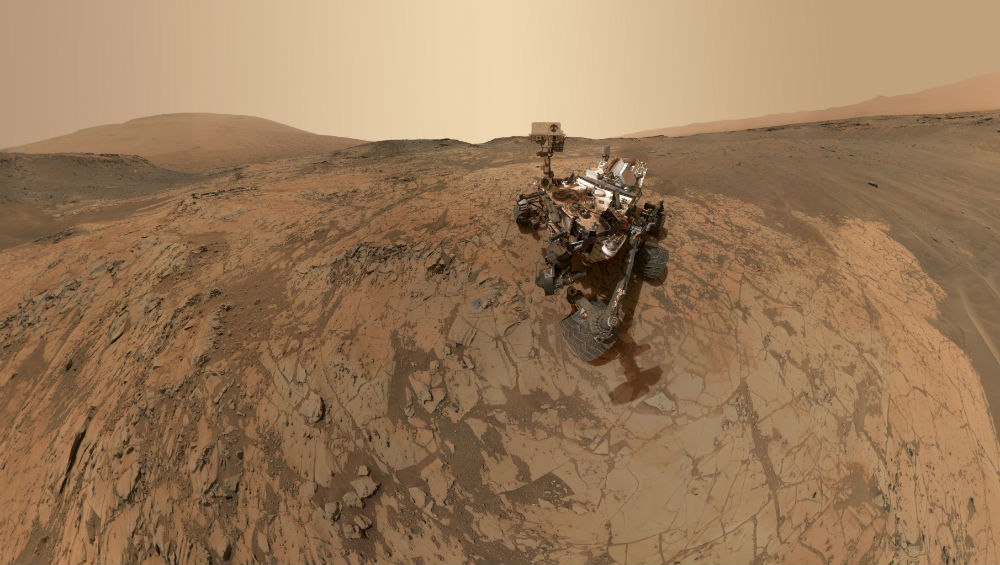 The point of taking selfies on Mars isn’t just to stir up excitement about the mission back here at home.

Instead, a selfie is taken at each new site where Curiosity drills as a means of documenting the site. Images are also taken along the way from Point A to Point B to give scientists a visual record of the journey.

NASA surely didn’t think that Curiosity would still be going strong so long after its expected expiration date.

But as these selfies show, though it’s deteriorating and the day when it stops sending data back to earth will eventually come, for now, Curiosity’s research game (and selfie-taking game) are still on point.