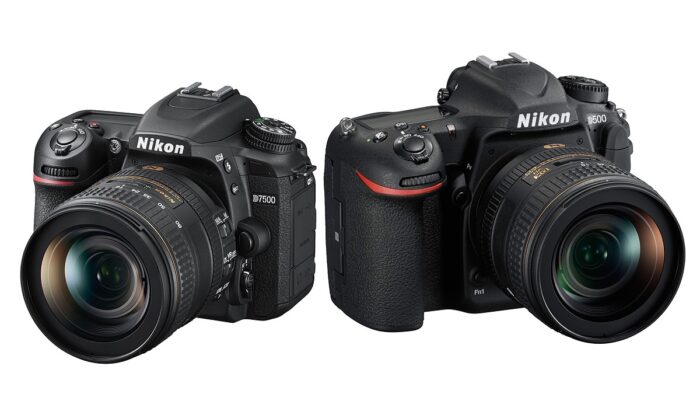 The Nikon D500 feels like a robust specimen and is a much-appreciated offering from the makers at Nikon. Every attribute about the camera appears like it is built with precision. The camera is in no manner a flimsy build when referring to its construction and is built like a tank. The ISO button is positioned on the top right side and can be adjusted with one-handed mode. The buttons on the camera are backlit and glow in the dark. Shooting with the Nikon D500 is a treat in both day and night settings.

The Nikon D7500 is a major bump up from its predecessor, the Nikon D7200. Despite a specification bump up it is barely capable of usurping the monster that the Nikon D500 is in comparison. The newest thing about the camera is the carbon-fiber composite body that is robust and different from the usual magnesium alloy that is present in most cameras. The carbon-fiber body enables the camera to be lighter than its predecessors. It features a tiltable touch-screen that is of a slightly lower resolution than the D500. The camera has kept a single SD card slot that is a downgrade than its predecessors.

While both the cameras are Mid-size SLR offering, they differ slightly attribute-wise. The dissimilarity is measured using the following attributes.

The Nikon D7500 features a similar resolution sensor than that of the D500 at 5568 x 3712 pixels. The effective pixel capturing in both cameras is capped at 21 megapixels. The sRGB color gamut is similar in both devices with no difference in the APS-C sensor size. The sensor type is a CMOS sensor in both the cameras. Sensor wise there is no difference between the Nikon D500 and D7500.

The Nikon D7500 is a much-lighter offering than the D500. A primary reason is the amount of R&D that is applied to the camera to shed its weight. The camera, by no means, are a lightweight offering. But the D7500 weighs 720 grams with the battery weight included. The D500, on the other hand, is heavier at 860 grams of bodyweight with the batteries included.

The Nikon D7500 has its body carved out from carbon-fiber that feels very premium in hand. it provides a deeper grip and the chances of it slipping from your fingers are very slim. The material also adds to the lightweight form-factor of the camera. The D500, being an older model, uses magnesium alloy for its body, and is comparatively heavier than the D7500.

Both the cameras sport a deep grip to hold and balance them. They are weathers sealed and can perform in moisture-induced conditions.

Nikon uses the Expeed 5 series processors with added support for Bayer filtration and speedy image rendering. It is a proprietary image-technology owned by Nikon that tries to render perfect shots that cater to your color palette. It is identical in both the cameras.

The Nikon D500 features a higher resolution screen with 2.39 million dots and is alluring to look at. Many reviewers do not take up the screen resolution as a primary differentiable attribute, but in our opinion, it does hold some value. The screen with greater pixel density can be much easily navigated and the content viewing is also crisp to the user. The Nikon D7500, despite being a successor, bears a much lower resolution display that diminishes the view quality. The screen on both the cameras is touch-enabled and tiltable.

The shutter speeds are similar in both the devices at 1/8000 being the maximum range they can attain. The D7500, being a newer iteration, enjoys the support of AI-enabled scene and subject focus modes. The D500 does not have an inbuilt flash as opposed to the pop-up flash in the D7500 with a range of 12.0 meters.

The sensitivity of both the Nikon cameras is similar with an ISO range of 100-51200. The boosted ISO ratings can go up to 1640000 both the devices. The D7500 sports a 3-axis digital image stabilization feature that is absent in the D500.

The connectivity is shrunk on the D7500 despite being a newer iteration from the brand. The D7500 uses a USB 2.0 port that provides slower charging and data transfer speeds. Both the cameras have Bluetooth and Wi-Fi built-in but the D7500 lacks the NFC sensor.

The D500 despite being an older iteration still packs a punch. The D7500 has made some compromises but basically is a toned-down version of the same. Nikon D500 has backlit buttons that can be used in darker settings and a larger viewfinder with better battery life. The D7500 has an almost similar configuration and a pop-up flash but uses a weaker battery and carbon-fiber material to shed some weight. 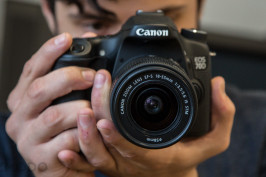 How to Hold DSLR Camera? 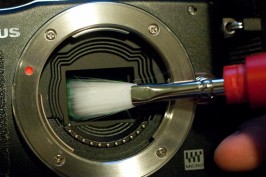 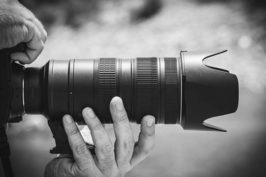 How The Coronavirus Will Impact The Photography Industry